St. Bernardus Tripel is a traditional abbey beer that follows the classic tripel style. In the Watou region a tripel is often referred to as a ‘Bernadetje’. A fine tribute that pays homage to Bernadette, the youngest daughter of Evariste Deconinck, the man to whom the monks of Abbaye Sainte Marie du Mont des Cats sold their Belgian property in 1934.

St. Bernardus Tripel is a blonde beer with an inviting golden hue and an impressive, velvety-soft head of froth.

St. Bernardus Tripel has a slightly sweet aroma and a flowery, fruity taste in which bitter and sweet merge harmoniously. Thanks to its pleasant hoppiness, the mouth feel of this beer is nothing short of beatific – it quenches your thirst and stimulates the appetite and this is what we call a perfect combination. A hugely accessible beer that is surprisingly light in character.

Its understated bitterness makes this beer a great candidate to serve at informal gatherings or as an aperitif. This tripel also makes a perfect pair for poultry and enhances the taste of most savory snacks.

St. Bernardus Tripel from Brouwerij St. Bernard is a traditional abbey ale brewed in the classic “Triple” style of Belgium’s Trappist Monks. It has a pale amber color with a wonderful head, slightly sweet aroma of rosewater, and the orangey-grassy flavors of Styrian hops in the finish. 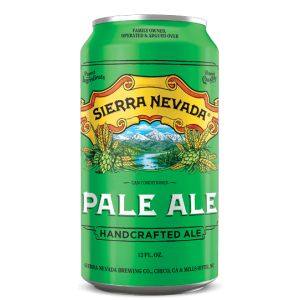