Oscar Wagner made his name in the beer world as a connoisseur and reviewer, who without compunction, always put his finger on the sore spot. This won him the respect and admiration of fellow beer geeks and brewers alike.

in 2013, Oscar was diagnosed with the muscle debilitating disease ALS. “A death sentence,” he called it, but that didn’t keep him from living life to the fullest, even making a parachute jump last year.

Oscar fought a valiant fight, but in the end, ALS took him at the young age of forty.

Over the years, Oscar fell deeply in love with Struise Cuvée Delphine, and the beer style it represents.

As a tribute to this fine gentleman, we dedicate this special batch to him as Cuvée Oscar.

This beer takes its name from Delphine Boël, the unlawful daughter of King Albert II. She has struggled for acknowledgement in both her professional and private lives, so we decided she deserves a tribute fit for a princess. Struise Cuvée Delphine is our Black Albert, carefully matured on Four Roses bourbon barrels for 12 months. Mrs. Boël has kindly allowed us to use her artwork for its label, which speaks for itself.

In a sea of sickly sweet and heavy bourbon aged stouts, we wanted Cuvée Delphine to shine brightly as a pinnacle of balance and restraint. Only with a base beer as potent as Black Albert could we manage to make the aging process shine. Notes of oak and slight vanilla pair extraordinarily well with the familiar coffee and brown sugar notes from the Black Albert. The subdued alcohol ties it all together in a lush, mellow experience. Cuvée Delphine will set you free. 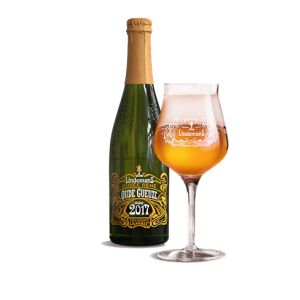